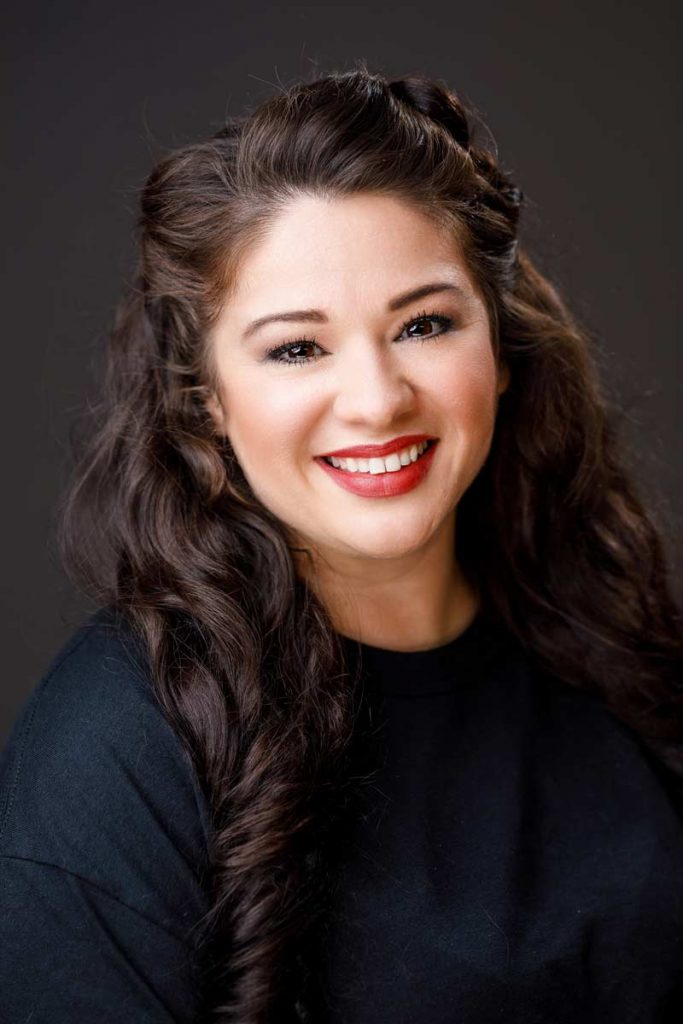 When she greets you over the phone, you can sense that Ashlea Harrington is having a good day. And why not? She has a job she loves, doing work she is passionate about in a place she cherishes. Ashley is Premiere Arts’ Academy Coordinator. She is mostly involved with the outstanding youth program that is a vital part of Premiere Arts, but she will do whatever is needed to make things tick.

Ashlea feels “super blessed and thankful” to be part of Premiere Arts. She likes that the organization has such strong community support and so many people volunteer their time and talent. “The arts are important,” she says, “whether you participate or just come and watch a show.” She recognizes the impact of having a lively theatre scene has on the community.

When not at the Lerner, Ashlea spends time with her husband, Zak and their “two fur babies.” Figaro is a white cat. Max, the dog, is a mix of St. Bernard and Pyrenees Mountain dog. Max, too, is all white and he is a big boy. “We stopped weighing him at 150 pounds,” Ashlea tells us.

You may recognize the pets’ names. They are in honor of animals from Disney movies. To say that Ashlea is a Disney aficionado is a huge understatement. “I am a Disney freak,” she admits. She tries to visit a Disney Park at least once a year. She has been going routinely since she was a child.

When asked which Disney movie her favorite is, she replies, “When I was growing up, it was ‘Little Mermaid’.” She adds, “Ariel was my favorite character.” Ashlea pauses for a moment. She looks at the assortment of “Little Mermaid” collectibles on her desk. She then tells you that “Little Mermaid” is definitely her all-time fav. She says how wonderful it was to play Ursula in the Premiere Arts’ performance of “Little Mermaid.” “I don’t like villains,” she says, “but if I did, Ursula would be my favorite.”

Chances are excellent if you go to a Premiere Arts production you will see Ashlea. She will be there, doing what needs to be done and loving it.